How To Do 3D Printing Technology Analysis? 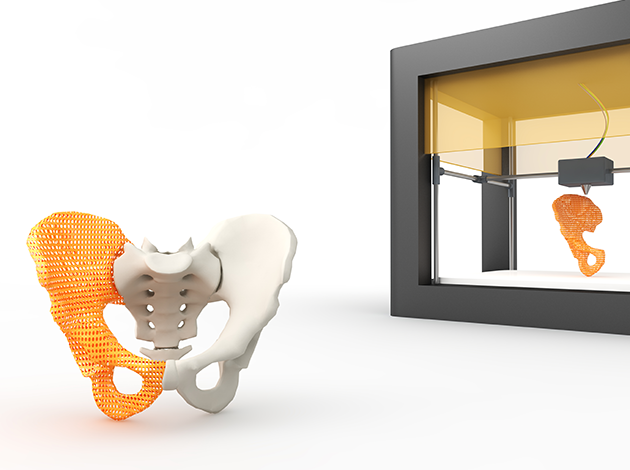 Additive Manufacturing technology is continuously improving and increasing at an accelerated rate. Breakthroughs in materials and methods are allowing printers to print using multiple materials and colors in a single print.

The past three years have seen a relatively stable revenue split between the various industries that are implementing additive manufacturing technologies. The aerospace, medical, and dental industries were the first to take advantage of additive manufacturing capabilities, primarily because low production volumes of high-value parts make AM economically feasible. Automobiles and Consumer Electronics are the biggest users of 3D printing technology, almost exclusively for rapid prototyping, followed by Medical, Industrial, and Aerospace that use the technology for prototyping and final use products.

The 3D printing industry’s growth rate has been accelerating. The global 3D printing industry grew 34.9% in 2013, which is the highest annual growth rate in 17 years. Over the last 26 years, which is essentially the life of the industry, revenue has grown an average of 27% annually, while the compounded annual growth rate for the past three years (2011-2013) was 32.3%. Typically as base numbers get larger, it becomes more difficult to show the same percentage growth. So it seems a very bullish sign for the industry that the growth rate accelerated in 2013 over both the long-term and short-term average rates. The dip in 2009 was the result of the deep global recession. With the expiration of several patents for Selective Laser Sintering (SLS) in 2014 added growth is expected mimicking the growth of lower-cost FDM printers that occurred after FDM patents expired.

The 3D printing industry is now filled with heavily guarded IP, 3D Systems and Stratasys are each involved in aggressive litigation to protect it, because of this expiring patents may not influence innovation as much as it could. According to its 2013 Annual Report, 3D Systems closed the year with 973 patents and another 204 applications in wait. At the end of 2013, Stratasys had more than 550 granted or pending. This creates a problem of knowing where one patent ends and another begins. A large amount of patents creates a complex landscape for new entrants to innovate effectively free from fear of litigation from the large established players. There are considerable legal complexities around 3D printing concerning intellectual property and copyrights. Under existing US patent law distributors of digital representations of products, such as CAD files, are not making, selling, or using the products or any component thereof. Indeed, the legal implications of 3D printing are not clear-cut and could entail significant hurdles for policymakers. This potential digital piracy situation is comparable to the way the internet challenged the movie and music industries for copyrights, trademarks, and illegal downloads.

The challenges for policymakers include addressing regulatory issues, such as approving new materials for use, ensuring appropriate intellectual property protections, and assigning legal liability for problems and accidents caused by 3D-printed products. Governments will also be called upon to clarify how intellectual property rights will be protected. 3D printers have already been used to make handguns, raising another set of issues. Policymakers face the challenge of evaluating and addressing these risks without stifling innovation or limiting the value that this technology can provide.

Some of the top applicants, such as Fujitsu and NEC, have been involved in the patenting of 3D printing-related technology for over 20 years. In contrast, some of the other top applicants, such as Stratasys and Corp Z, have filed for patents in this area only relatively recently. Thus this figure also shows when certain applicants have entered the technology space (Objet Geometries since 1989) and others have stopped patenting in the field (LG Phillips after 2004).

Hope this piece of article about 3D printing technology analysis was informative.

To get more insights into this. Register for the 3D Printing course brought to you by Labdox.

2 Replies to “How To Do 3D Printing Technology Analysis?”